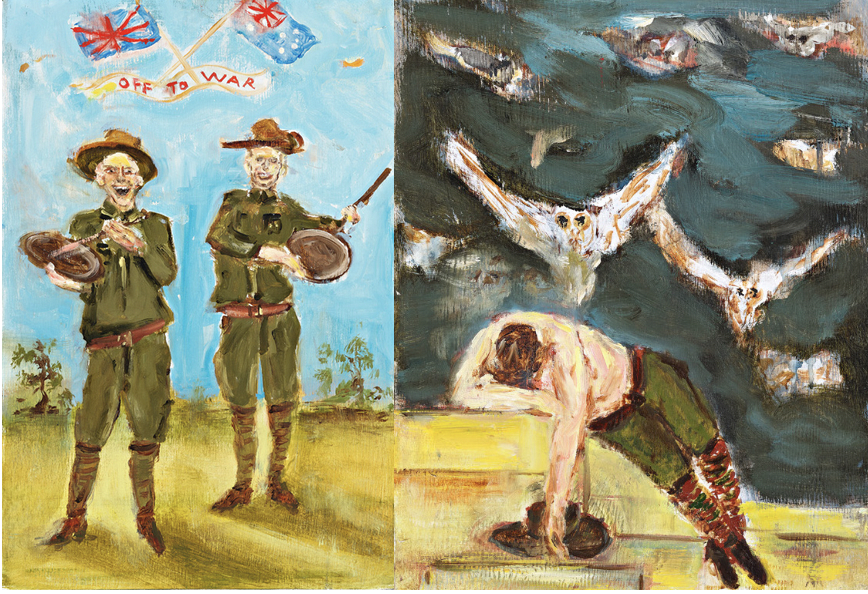 “We believe that within the community there exists an obligation for all to preserve the special qualities of loyalty, respect, love of country, courage and comradeship which were personified by the heroes of the Gallipoli Campaign and bequeathed to all humanity as a foundation for perpetual peace and universal freedom.”

To view a virtual tour of the exhibition and to see all finalists in this years award, click here.

“As Australians were called up to enlist in WW1, young men around the country anticipated with high hopes their imminent adventures into new lands and experiences. This diptych captures in the first panel the fervent patriotism and palpable excitement felt by two such young men, donning their army uniforms for the first time, before heading off to war. The second panel is an imagined, psychological portrait of the one surviving young soldier some time later. The composition is based on a famous etching by Goya (1799) depicting the artist collapsed in slumber, overcome by nightmares. Widely interpreted to symbolise the angst of clinical depression, the scene is here reimagined across time, cultures and contexts to represent the dashed hopes and deep trauma of so many returned Australian soldiers.” – Rodney Pople

“Officially recorded as a match of cricket to divert the attention from the Turks by the evacuating armies during the Gallipoli campaign was first ordered by the top brass cannot be proven from the sketchy photograph of December 17. An imperial myth much like the Christmas games of football between the British and German troops that officially never happened. It was more than likely the game was to let off steam from the arduous conditions these soldiers had to endure from the trenches under constant fire. The game was played at Shell Green, one of the few tracts of land on the peninsula that was now secure and flat, making it the ideal place to have some rest, a smoko and watch a game of cricket with your mates, whilst waiting to board the next boat out. I imagine the commanders in their reserved seating enjoyed the game just as much, before having to rewrite the official version.” – Nick Howson 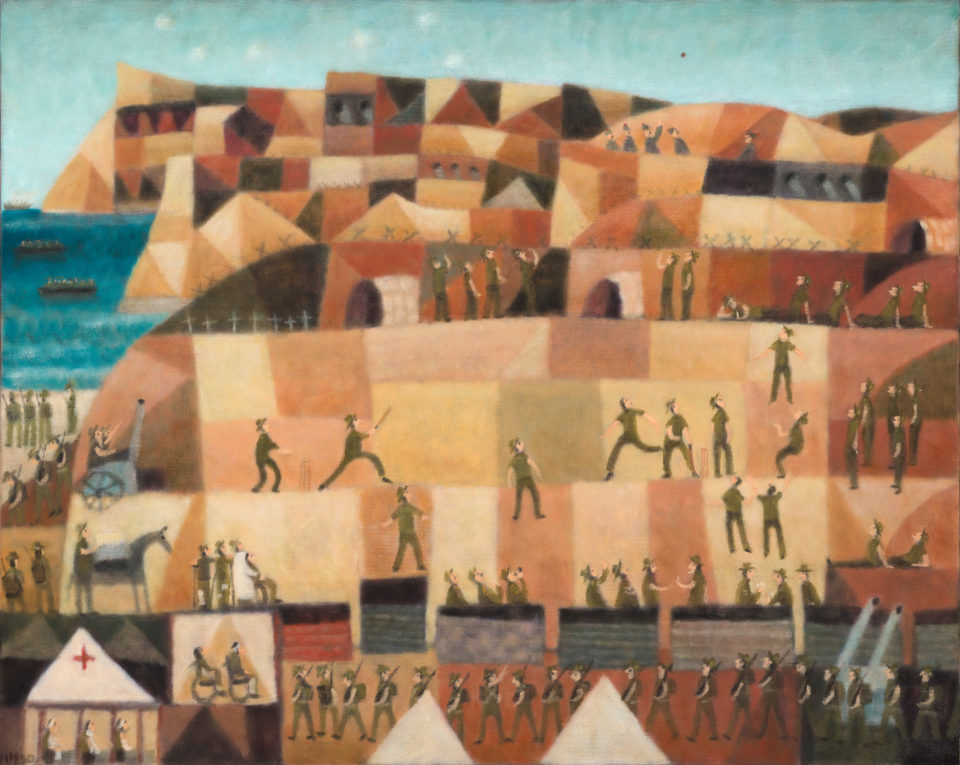